Are there loopholes in the UFC’s new anti-doping policy? 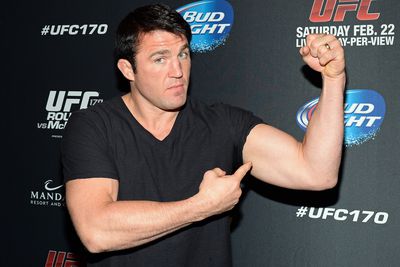 The UFC’s new measures against steroid use are generally seen as being a much tougher stance than the past, but they could leave three major loopholes open to PED users.

You want to be tough on PEDs? Then the UFC definitely seems to be the place for you. Their recent partnership with the USADA seems like it’s going to make Zuffa’s prize fighting organization a seriously drug free environment. At least, that’s the hope. But there could be a major snag in that plan, as Combat Sports Law points out, with a detailed reading of the USADA drug testing policy.

After pouring over the details of the USADA paperwork, they’ve highlighted three potential loopholes for fighters still looking to stay on the juice in this new, harsher reality. The first potential loophole, retirement. As stated in section 5.7.1:

“An Athlete who gives notice of retirement to UFC, or has otherwise ceased to have a contractual relationship with UFC, may not resume competing in UFC bouts until he/she has given UFC written notice of his.her intent to resume competing and has made him/herself available for Testing for a period of four months before returning to competition. UFC may grant an exemption to the four-month written notice rule in exceptional circumstances or where the strict application of that rule would be manifestly unfair to an Athlete.”

Essentially, if you tell the UFC that you’re retiring, then the USADA will stop testing you, right up until you tell the UFC you’re coming back. I mean, one has to hope that the UFC would be hip to this sort of thing and not be interested in keeping fighters who are going to retire and un-retire on the regular, but on paper it’s a problem.

The second loophole is a bit smaller, as USADA will mark fighters up for a policy violation if they can prove a fighter is running from a drug test. But, the 3 missed check-ins equal a test failure policy in section 2.4, while harsh on the surface, also means that fighters get two chances a year to “miss” a USADA drug testing call and clean up.

And finally, a third loophole remains in one of the most classic excuses for drug test failures in the history of combat sports: tainted supplements. Section 10.5.1.1 outlines the process by which a fighter can avoid suspension if they can show on the balance of probabilities (essentially that it’s more likely than not) that they did not knowingly take a PED:

You can check out the documents for yourselves right here (h/t Combat Sports Law):