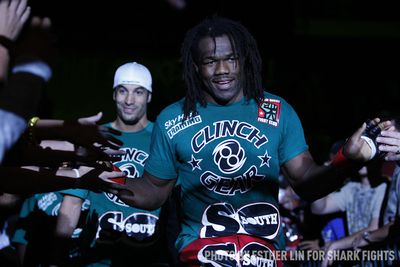 Bellator is in the process of paring down its roster again. MMA Fighting confirmed that the Viacom-owned promotion released eight fighters on Wednesday, including longtime veteran Rameau Sokoudjou.

Each of the fighters who were cut from the roster are coming off of losses.

None of the cuts were bigger than the Cameroonian fighter, Sokoudjou, who spent time in the late-2000s in Pride FC and the UFC. The Team Quest fighter had won back-to-back fights for Bellator in 2014 over Terry Davinney and Malik Merad but lost to Linton Vassell his last time out at Bellator 134 via second-round TKO.

Sokoudjou’s biggest win to date remains his shocking 23-second knockout of Antonio Rogerio Nogueira at Pride 33. He followed that up with a knockout of Ricardo Arona at Pride 34 six weeks later to boost his stock heading into the UFC. Since that time Sokoudjou has gone 12-12 as a journeyman, with a 1-2 record in the UFC.