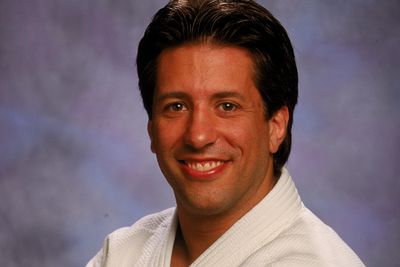 Ultimate Fighting Championship (UFC) women’s bantamweight champion Ronda Rousey has gone to great lengths to put some distance between herself and her judo past, despite winning an Olympic medal back in 2008.

Probably because of experiences like this one, but it was later learned that she also had issues with one of her ex-coaches, who she claims left her stagnant, starving, and flat-out broke. Now, the man she harpooned in her recent autobiography, Jason Morris, is speaking out.

From his conversation with Times Union (via MMA Fighting):

“I was happy to be mentioned. (Rousey) acknowledges that we were part of her rise, and anybody with a brain can say, ‘These people must have something going for them.’ I’m a judo coach. I do the best I can, and (Rousey) came to me. I didn’t seek her out. She wanted expert training, and I did the best I could at that time. She was already an exceptional competitor, which she still is today. But she was raw, and there was a lot of room for technical advances. And that’s basically where I filled in a lot of things that she does today, among other coaches. I’m just a small blip in her existence. The reality is she owes her entire existence to our sport. Not to me or any one person. … The judo community raised her, and this is why she’s so successful.”

While judo may have laid the foundation for her combat sports career, Rousey “never would have achieved such unprecedented success without the unwavering financial investment, career guidance and professional support” from this ex-manager, who claims he was left high and dry once “Rowdy” hit it big.

Nevertheless, no one can help Rousey once the cage door is closed and to date, she’s done most of the heavy lifting. The part-time movie star will try to keep her undefeated record intact when she bangs it out with Bethe Correia at UFC 190 on Aug. 1 in Brazil.