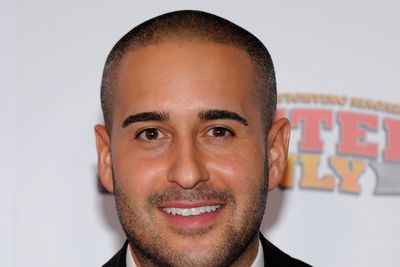 UFC commentator, Jon Anik weighs in on the news of Jose Aldo’s rib injury and the implications it presents to the UFC 189 card.

The long awaited featherweight title bout between Conor McGregor and Jose Aldo has been months in the making, and if you’re a diehard McGregor fan, you’d likely argue that this fight has been in the making since he first set foot in the Octagon just a few short years ago. The UFC has literally poured millions (the first commercial released promoting the bout cost $1M to make according to Dana White) into the promotion of this fight, so when the news hit earlier today that Aldo had suffered a rib fracture, the MMA community went straight into Winston Wolfe mode, immediately trying to work out ways the card could be cleaned up and maximized, in the event the worst case scenario happens and the champ has to pull out of the fight.

The news hit the social media waves about an hour prior to an interview the Three Amigos Podcast was scheduled to do with UFC commentator, Jon Anik, so of course that was the first topic of our discussion with him. I’ll be bringing more of that interview in the next day or two, but for now, I wanted to deliver his thoughts on the situation.

Three amigos Podcast: The news was released earlier that Jose Aldo suffered a rib fracture in training and the fight with McGregor is now up in the air, so to speak. Considering the amount of money the UFC put into the promotion and PR for this fight, how much of a blow do you think it will be to the card and to the UFC in general, if they lose this fight?

I would be surprised if they proceeded with Chad Mendes or Frankie Edgar. All of that said, because Conor McGregor has such a huge following and so many people are making the trip, maybe they’re going to keep him on the 189 card at all costs. -UFC commentator, Jon Anik

Jon Anik: You know, it’s interesting. I believe this fight is going to happen at one point or another, even if they have to delay it until September. I would be surprised if they proceeded with Chad Mendes or Frankie Edgar. All of that said, because Conor McGregor has such a huge following and so many people are making the trip, maybe they’re going to keep him on the 189 card at all costs.

Obviously we’re just ingesting this news today, the three of us at least, so I have to be optimistic that Jose’s injury is a real slight fracture to the rib and will be something that he can fight through. There are a lot of different injuries that you can fight through, at least from the views of some of the fighters I’ve been texting back and forth with over the last hour, since the news broke. A rib is not really something you want to mess around with though, and not something an athlete can really afford to fight with, if indeed it’s cracked severely, so it’s just crazy.

When this happens to a fight of this magnitude, it’s just a massive blow, and I hope for everybody involved, specifically my bosses, Lorenzo, Frank, Dana and everybody on down, who have put so much into this…I would hate to see it go by the board. I’m hopeful that it’ll happen, but I’m getting progressively less optimistic as the day goes on.