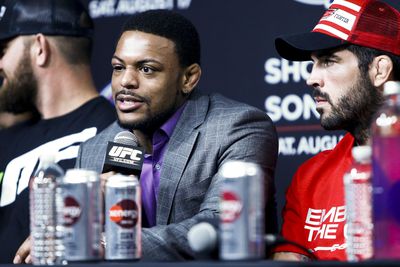 An important lightweight fight has been added to the UFC’s return to Nashville.

Michael Johnson vs. Beneil Dariush will meet on Aug. 8, according to a report on FOXSports.com, who confirmed the news with the UFC.

Johnson was scheduled to fight Benson Henderson on July 12, however, Henderson was forced to withdraw from the fight due to an eye injury. On Tuesday, MMAFighting.com spoke to Dariush’s manager Ali Abdel-Aziz, who said they would like to fight Johnson as soon as possible, but Johnson’s manager Glenn Robinson told us that Dariush, who is ranked 14th overall in the UFC’s official rankings, while Johnson is currently ranked 5th, was too far back in the rankings.

In the end, Dariush got what he wanted.

Johnson (16-8) has won his last four fights in a row, most recently defeating Edson Barboza via unanimous decision in February. Meanwhile, Dariush (11-1) has also won four in a row following his dominant unanimous decision win over Jim Miller in April.

UFC Fight Night Nashville is scheduled to be headlined by Ovince Saint Preux vs. Glover Teixeira, and it will air live on FOX Sports 1 in the United States.