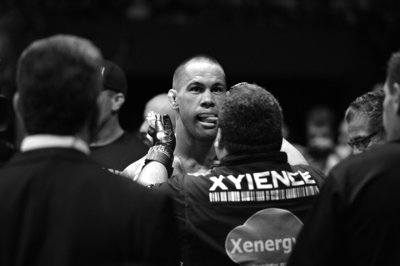 They are a combined 0-5 in their last five fights. If that doesn’t scream “main event,” I’m not sure what does.

James Te Huna and Nate Marquardt are expected to hook ‘em up in the main event of the latest and greatest Ultimate Fighting Championship (UFC) “Fight Night” event in New Zealand, which is scheduled to take place on June 28, 2014, inside Auckland’s Vector Arena.

If it sounds like a strange headliner — it is. While both Te Huna and Marquardt are well-known among mixed martial arts (MMA) fans, they haven’t exactly been lighting up their respective divisions. The former is dropping to middleweight after two straight losses, compared to three by the latter.

“The Great” returns to 185 pounds after a failed run at welterweight.

In addition, both Te Huna (16-7) and Marquardt (32-13) were knocked clean out in their last fights, which based on this little nugget, could make this a “loser leaves town” match.

Nevertheless, UFC is moving forward with its “Fight Pass” event online, which is contested the same day as the UFC Fight Night 44 event in San Antonio, Texas, headlined by a featherweight fracas pitting Cub Swanson against Jeremy Stephens (details).

“We are very excited about the UFC’s debut event in New Zealand. This country has a proud and successful combat sports history and certainly punches above its weight with representation in the UFC. We’re coming with a card featuring some of the greatest international and local fighters in mixed martial arts. Kiwis love their sport, and we have a great fan base already in New Zealand with mixed martial arts becoming increasingly popular.”

No other bouts have been announced for the New Zealand card at this time, but you can expect those slots to start filling up in the next couple of weeks.