Nobody rolls with the punches quite like Matt Bessette 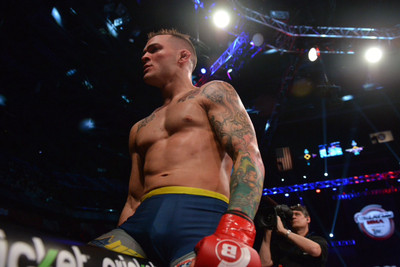 There are still plenty of people who call themselves natural born fighters, but usually — particularly in the fight game — that’s just an easy way of justifying an existence in the cage. Not so for Matt Bessette, who brings out hundreds of fans every time he fights in New England. He is closer to literal on the notion than most. He is more than a local attraction. He is a born fighter.

Bessette, who will face Khama Worthy at CES MMA XXIX on Friday night in Lincoln, Rhode Island live on AXS TV, took his first blow just before he turned three years old. He was diagnosed with leukemia. At the time he didn’t realize it was a blow. He just remembers the adults — his family, doctors, strangers conferring in somber voices — processing the severity of what was happening while casting the grayest of hues.

“There was one instance where I had a temperature of around 105 or something like that, and they gave the thermometer,” Bessette says. “And I bit down on it, because I didn’t really understand where I was until after the fact. I remember it clear as day. I started chewing it, breaking the glass, and the doctors were reaching in my mouth to open it so I didn’t swallow the glass and mercury and stuff. It was rough. That was around three years old.”

Bessette’s first memories of this life were of fighting something. By the time he was five, he’d already defeated his first opponent. And by age 12, on a sunny day while walking around the Big Y grocery store in his hometown of Stafford Springs, Connecticut, he was casually informed by his mother that they had hit upon the seven-year anniversary of the feat. It had been seven years since his last blood work came back showing he was free of leukemia. Seven years is typically the magic number when survivors steer clear of the threat of remission. 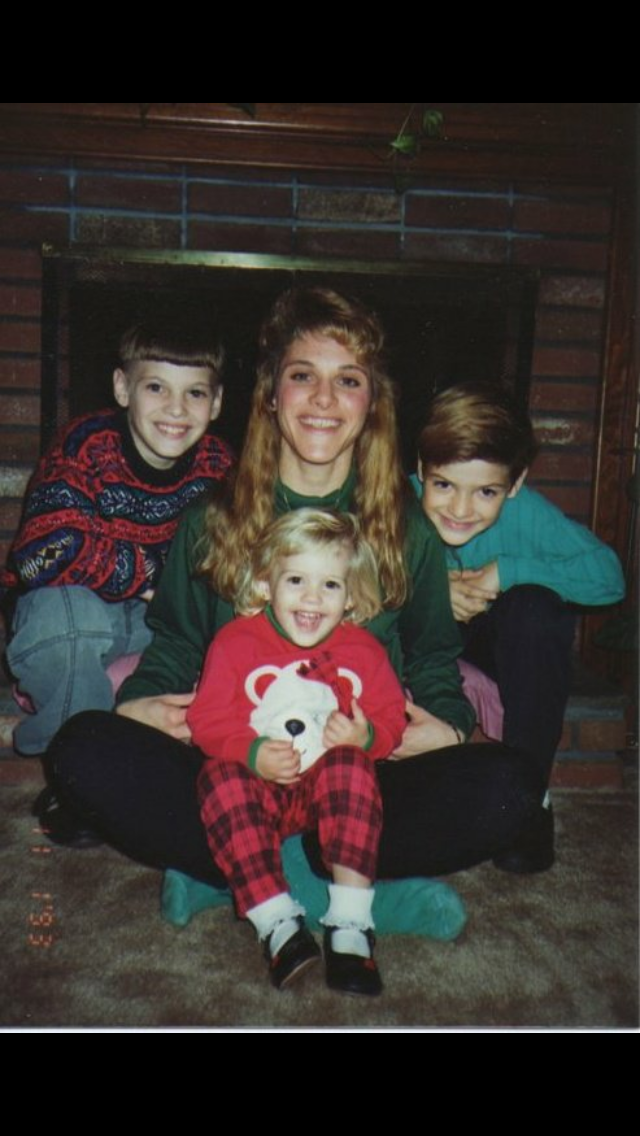 (Matt Bessette on the right, courtesy of Bessette family)

These days, a quarter of a century later, he’s fighting easy-to-see grown men as a prizefighter, men who have definitive shapes and sizes, known weaknesses, comprehensible intentions. He loves it. He loves to stand in the pocket and trade, which makes him a fan favorite. He knows he can take what is coming at him, just as he’s got a gut feeling that the other guy can’t.

And all the early turmoil he experienced went into who he’s become.

“It sounds cliché, but everything does,” he says. “A little kid with leukemia who had pins and needles in me all day, with spinal taps and just pain and dealing with the pain and agony. It sucks. But that’s how I started my life off. And I had an older brother, too, who would punch me in the arm, kick me in the leg, and I would deal with it. You’re going to get hit by your older brother. So it was constantly taking punishment throughout my childhood.”

Perhaps all of this plays into the sadistic side of the fighter of today. Bessette, who fought six times in Bellator and participated in the Season 10 featherweight tournament, actually enjoys being punched. He’s of that ilk. He likes the idea of pain. And he gets a little giddy when talking about it. He’s the kind of person who smiles when he takes a good punch because it reminds him that, above all else, he’s alive.

“That’s why I like fighting,” he says. “I like it. Not that I like being hurt…but being hurt isn’t too bad if you compare it to anything else that can happen in your life. If you get hit, who gives a sh*t? So that’s how I’ve always thought about it. Growing up, I had a few best friends who for some reason always thought it was a good idea to punch me in the face. I would take a punch, and they would throw it as hard as they could. It became a kind of game.”

In school, Bessette’s dukes were always up and ready. By the time he got to Stafford High School, he had had dozens of fights on his unofficial record. Not the pick-em kind, but stick-up-for-somebody-being-bullied variety, where he ended up dishing out an intervening version of justice.

His base wasn’t in jiu-jitsu or wrestling, but “toughness,” he says.

“I really loved it,” he says. “The first fight I can remember I was probably in first grade. This kid at summer camp, who was my age, was being picked on by a kid who was a few years older. And I said, stop picking on him. The bigger kid pushed me, so I punched him in the face. And my mom got a call later that day, saying I was punching people in the face, and she said…alright, don’t go punching people in the face. That’s the first time. I’ve been in that situation, situations where I was stopping fights, and the person who was the d—head about it always wanted to fight me. I’ve been in that situation so many times.” 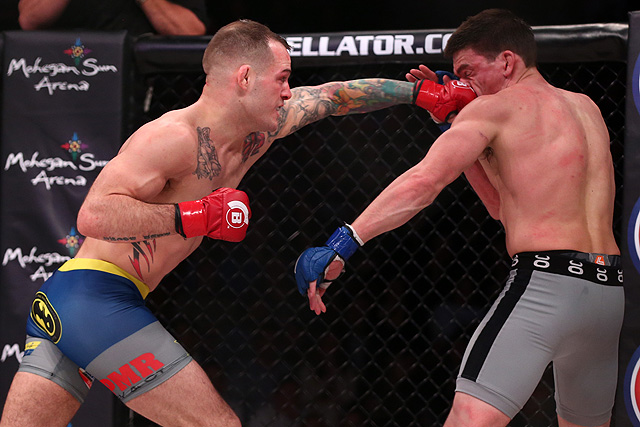 These days Bessette trains at Underdog Brazilian Jiu-Jitsu in Hartford for his grappling and cage work. That’s been his home gym for half a decade. But his bread and butter is striking. He hones the craft at the Fighting Arts Academy in Springfield, Massachusetts with Nick Newell and Leon Davis. He absorbs every nuance of the striking element, and — though he had no formal training growing up — is mesmerized by the game’s most majestic artists.

“I learn something every time I watch Anderson Silva or Conor McGregor or Jose Aldo,” he says. “Because they’re so dynamic and they bring something to the table that a lot of fighters don’t — and that is their movement. Just phenomenal. It’s not just moving in and moving out, but they change their tempo. They change the pace of the fight. They don’t come at you 100 miles per hour; they come at you 100, then at 30, then at 50, then back to 100. And that [screws] with people.

He and Newell — who as a one-armed fighter has had to overcome every stigma and obstacle, as well — have been teammates for five years now. Newell says that the intensity of the sparring with Bessette made him a believer from the early days.

“Matt and I started training together when we were both getting started,” Newell says. “He was a new pro and I was still amateur. I could tell he wanted it back then and hard work pays off. He’s been through a lot in his life and didn’t let it stop him from chasing a dream. Honestly, he inspires me and we enjoy beating the crap out of each other so it works out on many levels.”

In 20 professional fights – including victories over UFC vet Diego Nunes and Jose Aldo’s interpreter Saul Almeida — Bessette has never been knocked out. It’s a literal stat, one that can be found on his Wikipedia page. But it’s also a metaphor for a born fighter who could take a punch going back to his earliest memories.

“My chin is pretty evil,” he says. “I’ve always been good at rolling with punches, as well. Those things combined got me to where I am. Even if somebody throws at 100 percent, I don’t really feel like it at 100 percent. It’s a good combination to have.”