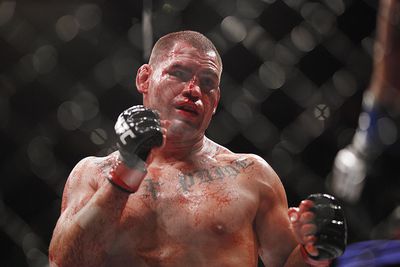 Fabricio Werdum’s coach thinks Cain Velasquez has done enough as a champion to warrant himself a rematch with the new champion right away.

Fabricio Werdum may have picked Cain Velasquez apart to unify the UFC heavyweight title at UFC 188, but his coach is keeping things humble. King’s MMA head, Rafael Cordeiro, told Tatame that he believes Velasquez has done more than enough during his time as the champion to warrant an immediate rematch with his pupil.

“I think he deserves it because of his history as the champion. He was great.  He has done things nobody had done before in the heavyweight division. If somebody has to fight Werdum, it’s Cain. He earned it. I welcome a rematch. For everything he has done, he deserves it.”

As for the fight itself, Cordeiro also believes the altitude played a factor on the match’s outcome, but he pointed out how Werdum prepared better for that adversity.

“He felt the altitude for sure, the lack of oxygen. But, at the same time,  Fabricio was ready for everything and proved it in the fight. I think his striking made a bigger difference than the altitude.”

The UFC hasn’t stated who will be next for Werdum yet, but Dana White indicated that it may be Stipe Miocic or Andrei Arlovski, not Velasquez.