Rustam Khabilov out, Jim Miller in vs. Danny Castillo at UFC on Fox 16 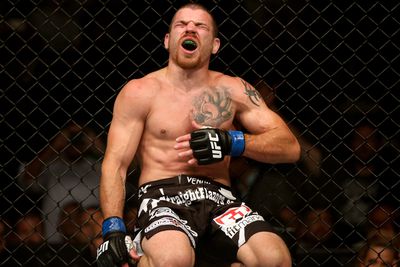 Visa issues have struck the UFC again, with Rustam Khabilov being removed from the UFC on Fox 16 card next month.

UFC cards are taking a beating due to the United States’ visa system issues. The TUF Brazil 4 Finale in Florida was decimated by the issues, and now the UFC on Fox 16 card in late July has taken a hit. Rustam Khabilov has been removed from his bout against Danny Castillo, but the UFC has a solid veteran replacement for him – Jim Miller.

The news was confirmed by the UFC earlier today.

Miller (24-6, 1 NC, 13-5, 1 NC UFC) most recently competed on the last Fox card in April, where he dropped a decision to rising star Beneil Dariush. That was his second loss in a row. Castillo (17-8, 7-5 UFC) has also lost two in a row, most recently getting stopped by Paul Felder in January.

The bout was originally scheduled for the preliminary card, and will likely stay there. The main event of UFC on Fox 16 on July 25th sees Renan Barao rematching T.J. Dillashaw for the UFC bantamweight title.