Tweets of the Day: Conor McGregor and Jose Aldo taunt each other 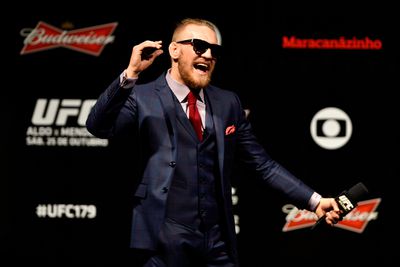 Conor McGregor and Jose Aldo had a brief exchange on twitter.

UFC 189 headliners Conor McGregor and Jose Aldo will face off in few weeks, and the taunting hasn’t stopped between the two talented featherweights. They’ve been constantly jawing at each other during press events, and now the duo also had a brief exchange on social media.

The UFC has also been ramping up their promotion of the card lately. Apart from churning out what Dana White says is the most expensive promo in UFC history, they’ve also just released 4 more clips for UFC 189.

With the huge push to promote the highly anticipated match up, the UFC president also states that this upcoming PPV is already trending well and they expect it to go well over a million buys.