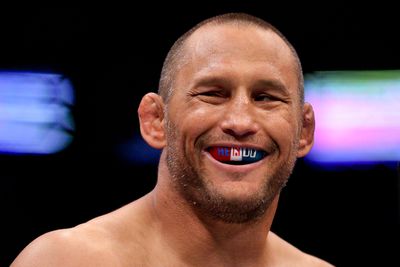 A record tying seven first-round finishes meant less fighting time than usual, but the explosive nature of Saturday’s UFC Fight Night led to beating the prior week’s show for the best show numbers since February.

The numbers are impressive because the main card only had 21 minutes of total fight time in a two-and-a-half hour window, and fight ratings peak during match time.

Based on prime time averages for Fight Night shows, Saturday’s main card was 11 percent above usual and the prelims were 50 percent above usual. The combination of women’s World Cup soccer and UFC made FS 1 the top rated ad supported sports cable network for Saturday night.

The major sports competition was HBO boxing, with Miguel Cotto vs. Daniel Geale averaging 1,421,000 viewers. HBO is in less than half the number of homes as FS 1.

Friday night’s World Series of Fighting on NBC Sports Network averaged 203,000 viewers for a show headlined by Lance Palmer vs. Chris Horodecki for the featherweight title. The numbers are slightly above the 196,000 average for WSOF on that network.

On Sunday, a 30-minute feature on the American Kickboxing Academy, called UFC Training Day, that aired at 5:30 p.m. on FS 1, did a strong 437,000 viewers for that type of a show in an afternoon time slot. The show focused on  Cain Velasquez, Daniel Cormier, Luke Rockhold, Josh Thomson and other fighters from the San Jose-based camp. However, the Countdown to UFC 188, built around the Velasquez vs. Fabricio Werdum and Gilbert Melendez vs. Eddie Alvarez top matches for this coming Saturday in Mexico City, did 61,000 viewers.