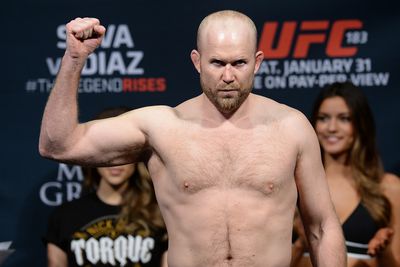 The UFC’s Fight Night series rolls on, this time in the Big Easy. Former PRIDE and Strikeforce champion Dan Henderson tries to hold onto his time in the spotlight against fellow middleweight Tim Boetsch, a fighter in a remarkably similar position. The card also features a battle of heavyweights looking for one more chance to climb the contendership ladder.

When: Saturday, the two-fight Fight Pass preliminary card starts at 7 p.m. ET and the four-fight preliminary card kicks off on Fox Sports 1 at 8 p.m. and the six-fight main card begins at 10 p.m. ET.

This is an incredibly tough call. Henderson used to be known for his ability to take a shot, but that’s no longer the case. However, it’s not as if Boetsch has a ton left in him to take a beating. He was never quick, but has truly slowed down as he nears what is likely the not-too-distant end of his UFC run. Still, Boetsch can wrestle if he can get inside. Henderson might knock out Boetsch with a massive shot, but he also might over commit and get countered. It’s not as if Boetsch is confused about what Henderson is going to try to do. Henderson’s still got the power to turn anyone’s lights out, but I’m betting Boetsch can weather the storm.

I really can’t confidently pick either way. I’ll side with Mitrione, but with a fair amount of reservation. Rothwell’s probably going to look to pressure with forward motion, which I suspect will give Mitrione the time and space he needs to counter. He’s faster and should be able to find an opening on the more orthodox Rothwell. Still, if Rothwell can block a shot or two as he moves in, he can tag Mitrione at close range with enough ferocity to do damage, especially with the rear uppercut. I favor Mitrione’s chances, but not by a huge margin.

Medeiros is much more creative and offensively capable than he’s given credit. If these two fought ten times, I suspect he’d take at least two or more fights each time. On balance, however, there’s not enough reason for me to side with him. Everything he does well, Poirier arguably does a bit better. Poirier is alway susceptible early, but his submission defense is great and the longer this fight plays out on the feet, the more Poirier will adjust around Medeiros’ offense.

Tavares is a formidable task if your wrestling/guard retention/scrambling skills aren’t up to par. It could well be the case Ortega lacks in the third of those things, but I’m pretty confident in the first two. I’m also sure he isn’t nearly as shopworn as the tough if somewhat damaged Brazilian. If Ortega is able to work from space or achieve a dominant position on the ground, he can be a nightmare for Tavares. It’s a close fight either way, but Tavares might be running into top talent here.

Birchak’s very likely going to want some sort of body lock takedown where he can work a punch-pass-pressure game plan. I’m not saying he’ll be stifled the entire time, but I’m not confident he can do it enough to win three rounds against someone as experienced and well-rounded as Soto. Birchak is crafty and has all sorts of positional tricks. The key for Soto will not be trying to beat Birchak at his own game. Provided he can stop Birchak before he ever gets started, this is his fight to lose.

Rivera has great takedown defense, an excellent ability to scramble and a bomb of a right hand. Caceres is a little more varied and, if he can work the jab, manage distance between the two. But I’m guessing Rivera’s power is going to either make Caceres hesitant or wild. In either case, he’s going to be at Rivera’s mercy. I’d favor Caceres in a grappling exchange where Rivera also wanted to use his jiu-jitsu, but with such a power advantage on the feet, that’ll be his method of choice.

From the preliminary card: