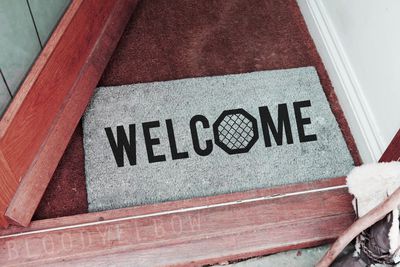 Visa issues have forced a major shakeup of the UFC’s Fight Night Hollywood card this week, meaning a whole bunch of new fighters are on their way to the UFC. Rounding out the card are two new welterweights and a bantamweight.

While UFC signing numbers have slowed dramatically over the past year, it looks like June of 2015 is going to be a real exception to the trend. Already this month the promotion has picked up 16 new fighters. A few of those are coming through TUF Brazil, and a few more are normal talent acquisition, but a bunch have been short notice replacements for this month’s cards. The most snake bitten of those cards is just around the corner, with UFC Fight Night: Machida vs. Romero. Due to Visa issues the majority of the card was cancelled and re-booked. It’s still going ahead, as 9 fights instead of 11, but a lot of fresh faces had to be signed to do it. The last three of those are Steve Montgomery, Tony Sims, and Sirwan Kakai. Sims and Montgomery are going to be fighting each other at welterweight, while Kakai is set for a bantamweight bout against Danny Martinez, who is moving up from flyweight. So…

A competitor on season 18 of the Ultimate Fighter, Kakai never made it into the house, losing a decision to Chris Beal in the opening round. Since losing that bout, the 25 year old is 2-0 with his latest win being a submission of Xplode can crusher Joseph Barajas. His 11-2 record isn’t otherwise particularly notable, although he has a lot of wins over regional journeymen. Janne Elonen-Kulmala is probably his best win to date, although that’s more to do with the Finnish fighter’s recent surge than his career at the time. Kakai trains out of American Top Team, when he’s not home in Sweden training at GBGMMA.

As an MMA native, it seems like Sirwan Kakai is taking the long route to being a really skilled fighter. On tape he seems like a bit of a slow starter (something I’m sure didn’t help him on TUF). He’s got a solid, basic outside striking game, with simple one-two combos and the ability to mix kicks in with his hands. But, he’s not a comfortable pocket striker and seems to react poorly to getting hit in early rounds. Unfortunately, to go with that, he’s really not a great wrestler or grappler. He does a very good job landing strikes in transitions and scrambles, but he’s not great at keeping positions or getting and stopping takedowns. With 7 years of cage time under his belt already is hard to know how far he’ll go in the UFC.

What this means for his debut:

If there’s ever a fight for a limited fighter like Kakai to win, it’s probably against Danny Martinez. That said, this isn’t a great matchup for the Swede. Martinez is basically the classic wrestle boxer. He shoots behind big sloppy strikes, brawls hard in the pocket, and generally survives on his chin and his grinding top game. He’s been down at flyweight, which could mean he’ll be the smaller fighter, but he’s a pretty big for 125, so I wouldn’t necessarily bet on it. Both guys have been around for a while, both guys have limited styles, neither guy has an especially convincing win to his name. This one is going to come down to who implements their game the best and to that end Martinez might be the smart pick, maybe.

Who is Steve Montgomery?

“The Creepy Weasel” has probably taken one of the most unusual prospect routes on his way to the UFC, especially when you consider that he’s only 24 and has an 8-2 record. Most recently, fight fans will know him as the ATT fighter who had a seizure on the most recent season of the Ultimate Fighter, but before that he was on Bellator’s Fight Master, losing to Cristiano Souza by KO in the opening round. Still, Montgomery has wins over Colton Smith, Brock Jardine, and former heavyweight Rakim Cleveland. His only losses come in his pro-debut, to Dhiego Lima, and to streaking welterweight prospect Cody Wilson. Outside of MMA, he’s a purple belt in BJJ.

As an MMA native, Montgomery has a well rounded game, a lot of which is centered around his cage and clinch control. Standing at a wiry 6′ 4″ he’s shown a great ability to wear down opponents inside. The biggest point of improvement for him lately has been his outside striking. Because of his height, Montgomery has had a tendency to get clocked hard by fighters punching up at him (see the Souza KO). That seems to be something he’s worked a lot on and has improved his footwork and clinch entries a lot because of it. It’s not just the mullet, but Montgomery reminds me a lot of Mike Pyle. He’s a well rounded action fighter who is dangerous everywhere, and as he’s shown recently with his flying knee KO of Brock Jardine, he has the ability to pull out dynamic, fight ending offense. I could easily see him carving out a similar niche to Pyle in the UFC.

To get us better acquainted, here’s his last official bout, with Brock Jardine:

Who is Tony Sims?

Rounding out our trio of new fighters is 29-year old Tony Sims out of Elevation FIght Team in Denver, Colorado. It’s the home of Brandon Thatch, Cat Zingano, Neil Magny, and even T.J. Dillashaw is doing his current training camp there. Sims will come to the UFC with a pro record of 9-2, with seven of those wins by TKO. Sims threat as a KO artist comes from his long history as an amateur boxer, winning state titles and even competing at the national silver gloves and Junior Olympics levels. He has quality wins on his resume over James Steele McCall, Chase Hackett, and longtime vet Thomas Denny. His only losses come from a submission in his debut and a controversial split decision to UFC fighter Drew Dober. As well as his boxing and MMA careers, Sims was also a standout high school wrestler.

The centerpiece of Sims’ game is his boxing. He’s a switch stance boxer, most comfortable out of southpaw, but with power and technique in both hands. Interestingly, he’s not much of a jabber, but he has great power, accuracy, and combination striking in the pocket. To go with his boxing, Sims does wrestle actively, getting in on basic double legs to work from top control. He’s active with his ground and pound to a fault, letting himself get tied up in submissions, or losing dominant positions as he tries to land shots. His biggest assets are hand-speed and power. Especially early, when opponents aren’t watching for it, he can really hurt opponents badly.

What this means for his debut:

This fight with Steve Montgomery is really well booked. Sims is exactly the kind of fighter that Montgomery can really struggle with. An active, high volume boxer with a lot of power and a willingness to throw inside. There’s a very good chance that Sims ends this early with a big KO. Of course, going back to Sims’ loss to Dober, he faded quite a bit in that fight, especially with his willingness to let Dober pin him to the cage and outwork him. That’s something Montgomery is very capable of doing if Sims can’t get an early finish. Both guys have avenues to victory, but I might actually tip this fight toward Sims just for his much better striking and more reliable power.

To get us better acquainted, here’s Sims most recent bout against James Steele McCall: