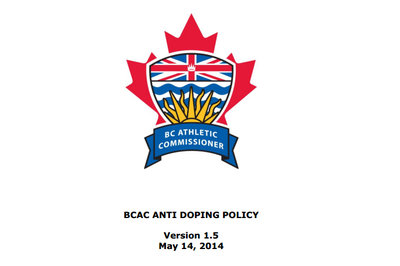 Ultimate Fighting Championship (UFC) is less than a month away from its upcoming UFC 174: “Johnson vs. Bagautinov” mixed martial arts (MMA) pay-per-view (PPV) event, which is set to go down inside Rogers Arena in Vancouver, Canada, on June 14, 2014.

The event will operate under the direction of the British Columbia Athletic Commissioner (BCAC).

BCAC joins Nevada, California, and Brazil as the latest commission to eliminate TRT from its list of approved treatments. The measure was an inconvenience to a handful of fighters (and caused this change in plans), but to date, the talent involved have managed to adjust accordingly.

In the PPV co-main event, homegrown MMA whiz-kid Rory MacDonald will look to establish himself as the top welterweight contender on the roster at the expense of streaking Strikeforce veteran, Tyron Woodley, while Ryan Bader and Rafael Cavalcante do some chin checking in the light heavyweight division.

For the latest and greatest UFC 174: “Johnson vs. Bagautinov” fight card and rumors click here.