With visa issues, Uriah Hall’s bout with Krzysztof Jotko has been scrapped from Berlin card 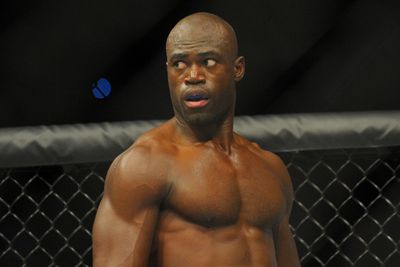 It’s been a tough fight camp for Polish fighter Krzysztof Jotko. First he was training for a fight with Derek Brunson at UFC Fight Night 69 in Berlin, Germany. When Brunson got injured this past week, Jotko began preparing for his replacement, Uriah Hall.

Turns out that fight won’t be happening either.

On Friday, the UFC announced that Hall would be unable to compete on June 20 as hoped due to visa issues. According to the release, rather than try and find another replacement for Jotko the bout will be scrapped altogether. Now UFC Fight Night 69, which takes place at Berlin’s O2 World arena, will proceed with 11 bouts.

UFC Fight Night 69 will headlined by a strawweight title bout between Joanna Jedrzejczyk and Jessica Penne.